The following are all replies that Detroit women have written on Child Support Agency Forms in the section for listing 'father's details;' or putting it another way..... Who's ya Daddy? "These are genuine excerpts from the forms".

2. I am unsure, as to the identity of the father of my child, as I was being sick out of a window when taken unexpectedly from behind. I can provide you with a list of names of men that I think were at the party if this helps.

3. I do not know the name of the father of my little girl. She was conceived at a party at 3600 East Grand boulevard where I had sex with a man I met that night. I do remember that the sex was so good that I fainted. If you do manage to track down the father, can you please send me his phone number? Thanks.

4. I don't know the identity of the father of my daughter. He drives a BMW that now has a hole made by my stiletto in one of the doorpanels. Perhaps you can contact BMW service stations in this area and see if he's had it replaced.

5. I have never had sex with a man.. I am still a Virginian. I am awaiting a letter from the Pope confirming that my son's conception was ejaculate and that he is the Saver risen again.

6. I cannot tell you the name of Alleshia's dad as he informs me that to do so would blow his cover and that would have cataclysmic implications for the economy. I am torn between doing right by you and right by the country. Please advise.

7. I do not know who the father of my child was as they all look the same to me.

8. Tyrone Hairston is the father of child A If you do catch up with him; can you ask him what he did with my AC/DC CDs? Child B who was also borned at the same time.... well, I don't have clue.

9. From the dates it seems that my daughter was conceived at Disney World; maybe it really is the Magic Kingdom .

10. So much about that night is a blur. The only thing that I remember for sure is Delia Smith did a program about eggs earlier in the evening. If I had stayed in and watched more TV rather than going to the party at 8956 Miller Ave, mine might have remained unfertilized.

11. I a m unsure as to the identity of the father of my baby, after all, like when you eat a can of beans you can't be sure which one made you fart.

Yep, you guessed it right - you are all paying taxes to support them. 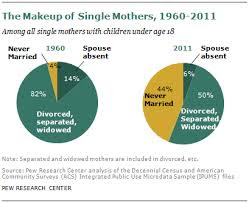